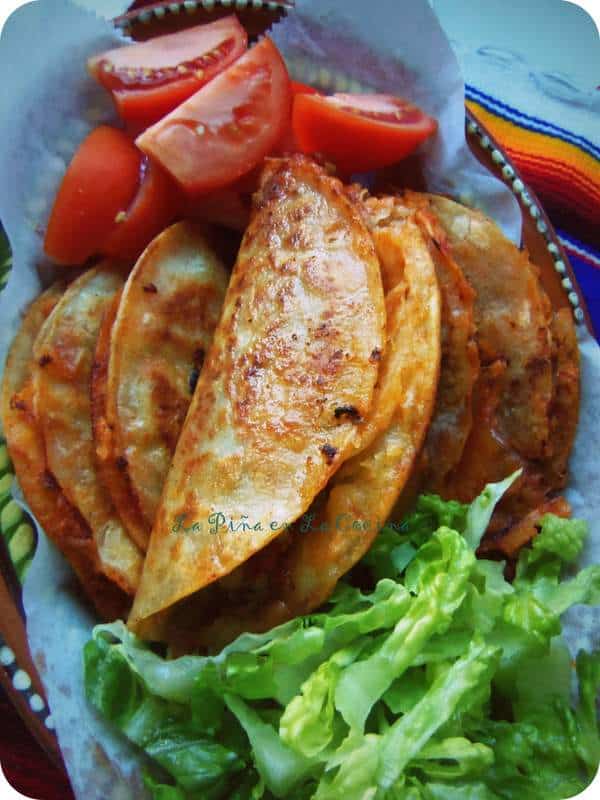 This recipe for tacos de canasta(tacos in a basket), is quick and easy version and adapted from a traditional recipe. As a kid, during the summer, I remember riding with my Dad on day  trips. Most of these trips were for hours at a time. I have the most vivid memory of us enjoying lunch out of his black Stanley lunch box. My Mom would pack homemade tacos, carefully stacked and wrapped in foil paper and a kitchen towel to keep them warm. Those tacos remind me of tacos de canasta (tacos in a basket). Also known as tacos sudados, years back the women in Mexico, would prepare assorted tacos stacked in a basket that was lined with a plastic bag and paper, then covered to keep them warm. Many times they would have to travel for a distance before selling these wonderful homemade tacos. The tacos were usually filled with potatoes or beans, foods that could hold up at room temperature for long periods of time. This is a lighter homecooked version of the popular tacos de canasta. #foodieforlife #mexicanfood 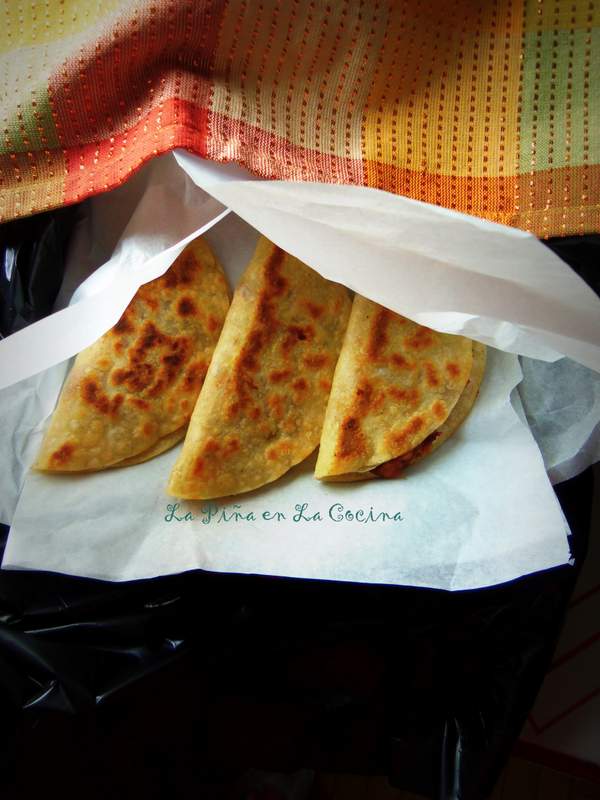 The tacos above were cooked a little more crispy than traditional tacos de canasta. The tortillas should just be soft and pliable more like the new picture below. 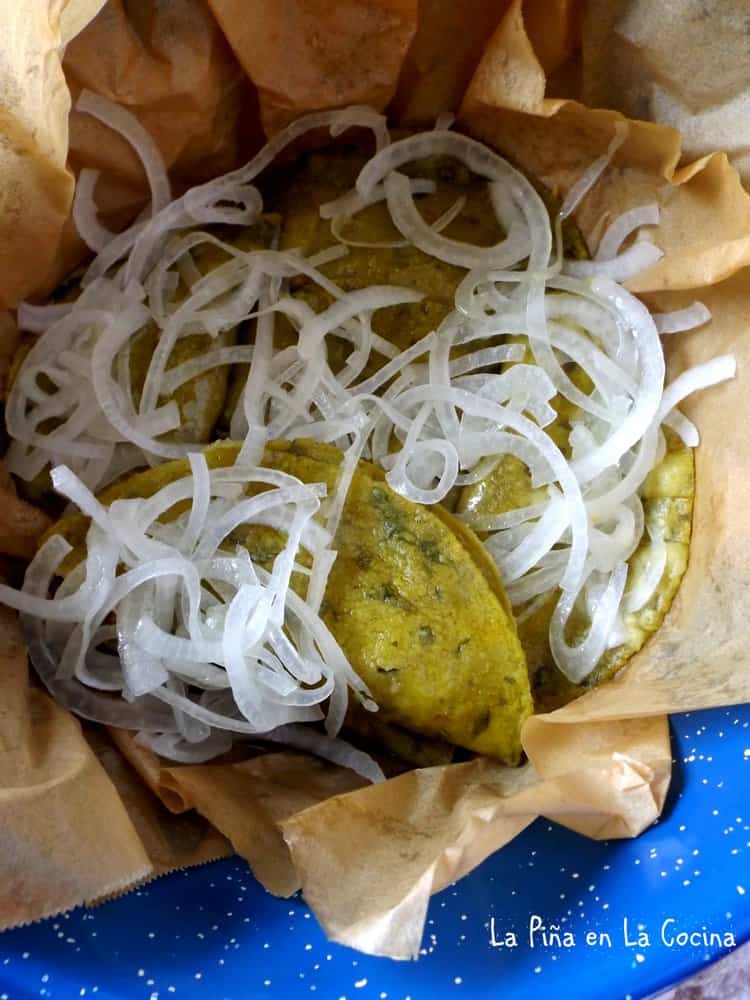 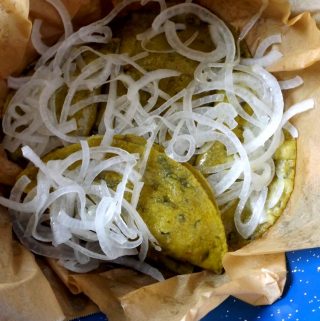 This is a quick, homecook's version of tacos de canasta. To give the tacos that little red tint of color, you could infuse 1/2 cup of warm oil with 2 dried chile guajillo torn into pieces. Use this oil to brush tortillas before cooking and filling them.
Tried this recipe?Mention @pinaenlacocina or tag #pinaenlacocina! 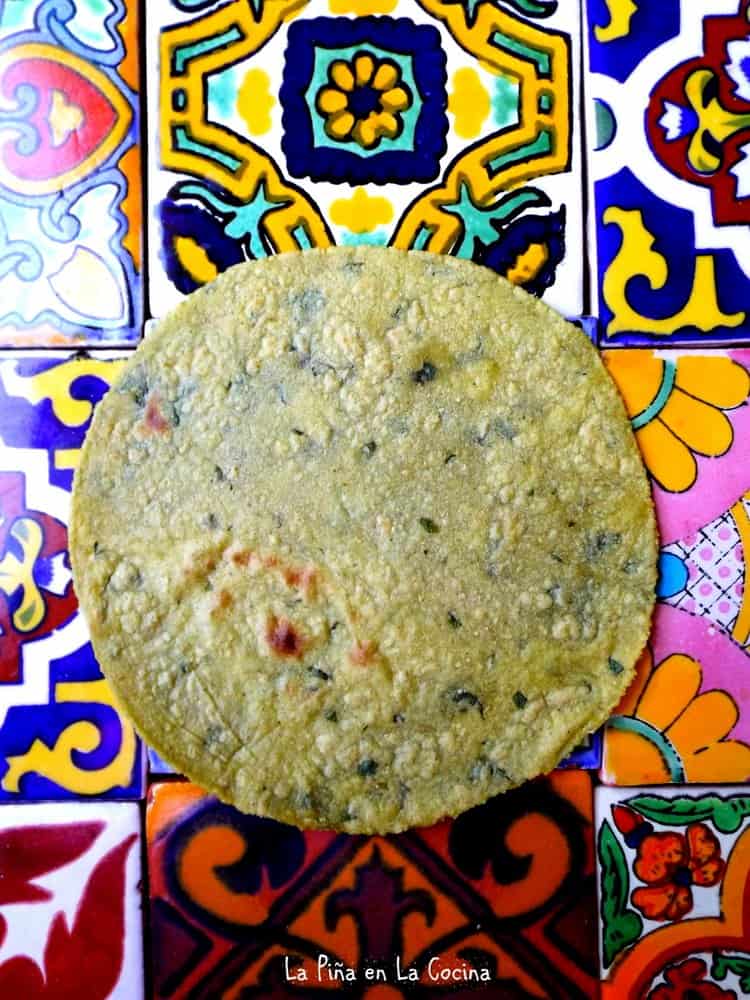 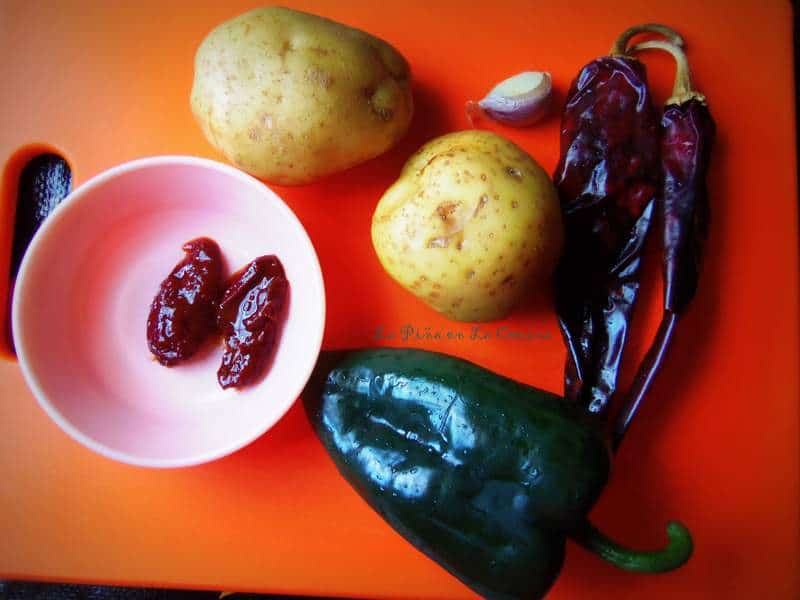 Any of the more mild dried pepper varieties can be used for this recipe. 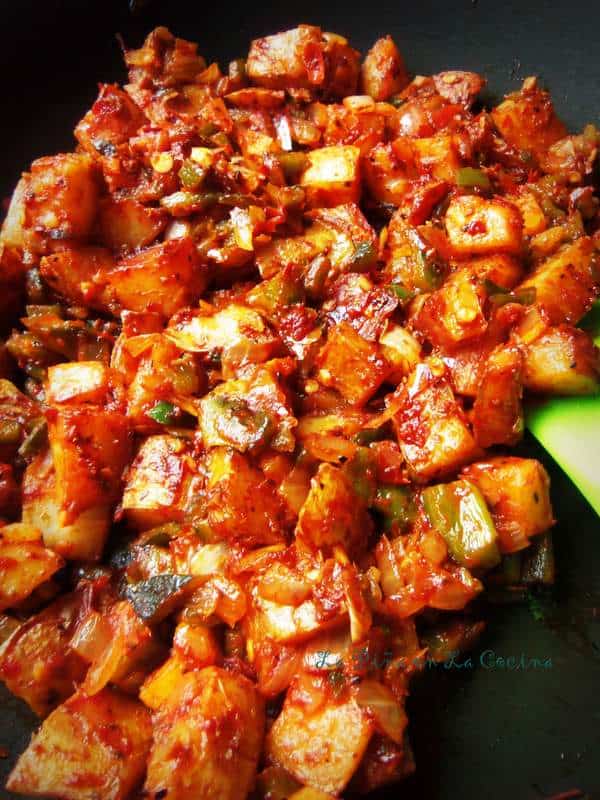 Besides potato and cheese, some of the other popular fillings would be beans, chicharrones and nopalitos. 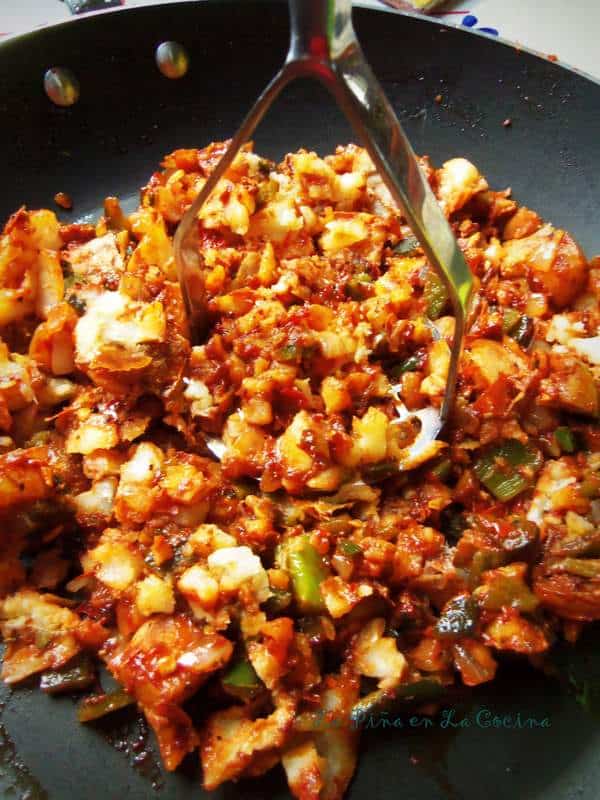 Potatoes with cheese and chiles is a popular meatless option in Mexico. It is enjoyed year round and not just for lent. 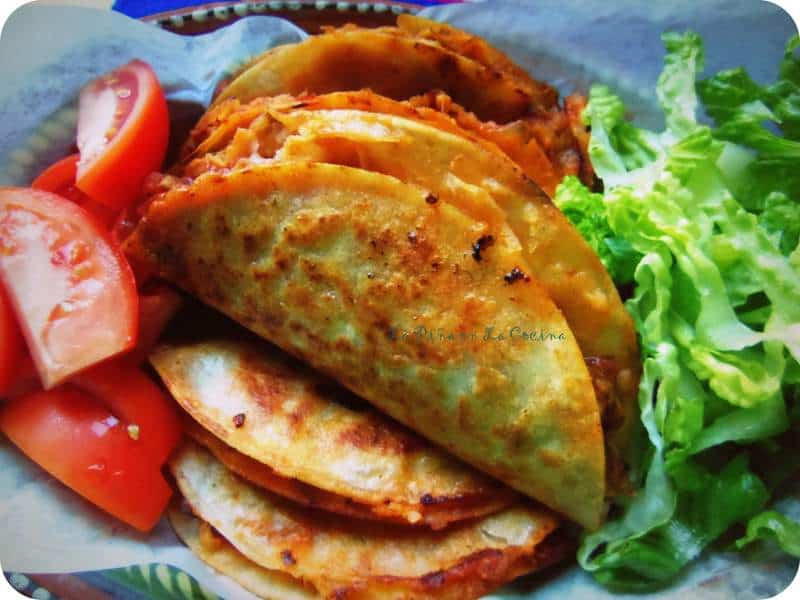 The picture above is from the first time I prepared tacos de canasta. Since then, I have learned more about how they are prepared. You can see the difference in the picture below. I had some homemade cilantro infused corn tortillas, so I used those. The tacos below are filled with my recipe for Chile Con Carne y Papas. Garnished with Chiles en Vinagre. 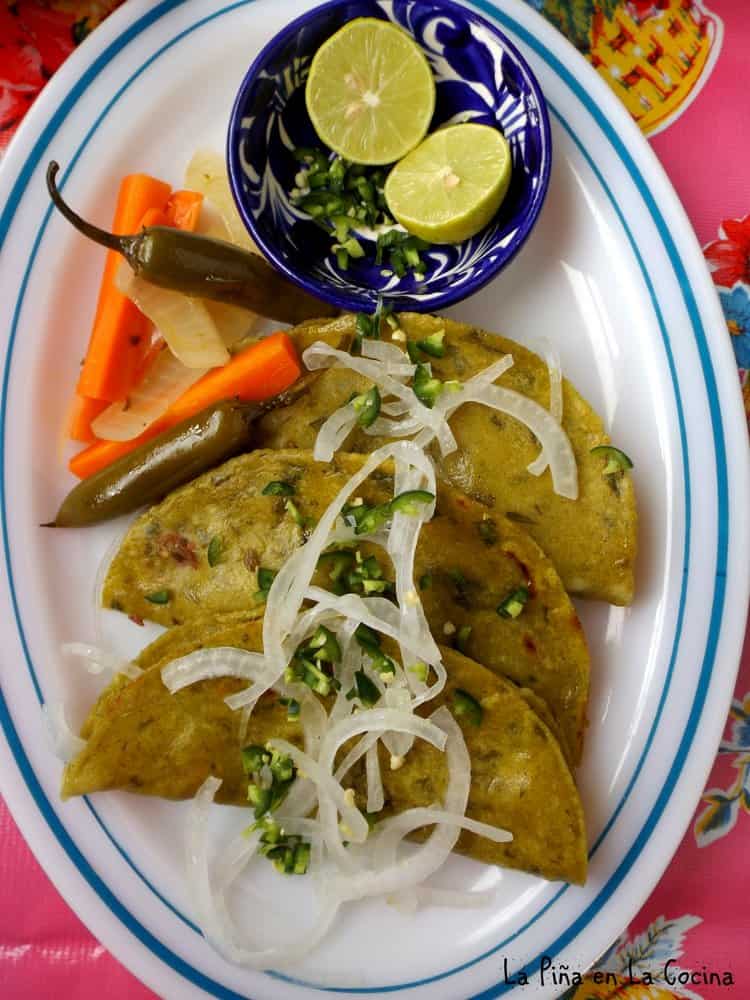 My salsa of choice for this version of tacos de canasta is Avocado Salsa with jalapeños instead of the habanero in the original recipe. 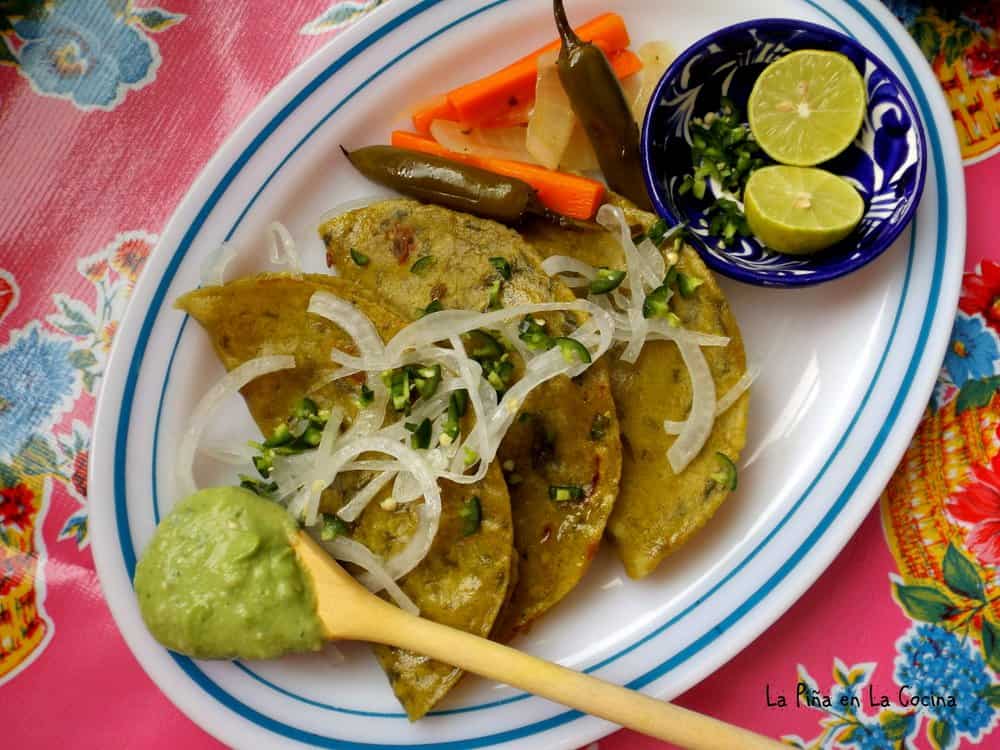 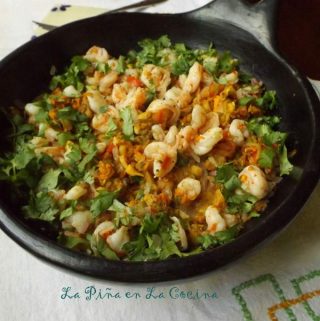 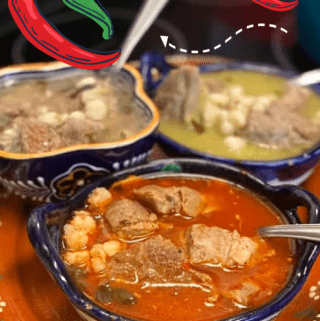 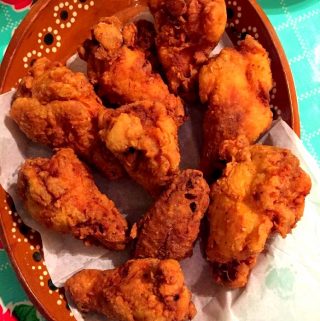 3305 shares
MENU & SEARCH
We use cookies on our website to give you the most relevant experience by remembering your preferences and repeat visits. By clicking “Accept”, you consent to the use of ALL the cookies.
Do not sell my personal information.
Cookie Settings Accept
Manage consent